Predictive modeling of fuel and timing maps for optimal performance

Joined Feb 28, 2011
·
2,175 Posts
I was in the same quandary a while back once the first round of engine mods were finished....what to do next?(if there is a 'next') I came up with some basic rules: Increase power and increase mileage...OK. Increase mileage without hurting power...OK. Increase power while decreasing mileage...no good. Increase power or mileage without decreasing durability...OK. No decrease in durability is permissible so we've got to be careful here. This put some real limits on what can be done and the two things that are available that can obey my rules are cams and larger intake valves.

The SV heads are superior to TL everywhere except up near redline where they're about equal...SV ports are much better and even though the intake valves are smaller they flow enough for the job at hand most of the time. We have a saying "not quite enough is always better than way too much" and the 36mm intakes don't hurt us badly until near redline and adding the larger 40's would free up some midrange to top end power even with the stock cams. As long as the ports aren't modded and just the bowls blended for the larger valves this shouldn't badly affect the low and midrange and is where I'm going if the heads ever come off again. Larger valves will extend the power band and to take advantage of them or hotter cams would also require an increase in rpm allowance over the stock 10,600 rev limit. Revving higher while holding torque better will make lots more horsies available in your corral. I don't exercise mine fully very often and not often enough to warrant a tear-down to make the changes....but if it comes apart for something else THEN we'll do it.

Bigger cams can get tricky....increased lift without altering durations will make more power without hurting the bottom end much at all...but will increase the stresses on the valve train which might affect the durability. Stock springs and retainers likely wouldn't take kindly to lots more lift and the farther you move away from stock the more engineering you're going to be needing to do. Increasing duration will help the top end power...but will need increases in compression or the bottom end and midrange will suffer and for a street engine this isn't good for me. I DO use the torque we have on every ride...just don't wind it to the redline very often so midrange punch is what I'm after mostly and if we can do that and gain some top end too...all the better.

Don't overlook the Wiseco TLR slugs as they're also cut for 40's and give about 12.5:1 with 1mm squish and relatively stock head CC's and .030 head gasket. They work fine with stock cams though I always run our best 93 octane (R+M/2) while the JE's will have more compression I don't know where the limit of pump gas suitability lies. If you go beyond pistons and retimed stock cams the Woolich Racing tuning kit and its' offering of higher redline makes more sense. Suzuki was playing some games with the tach while hedging their bets on the motor durability, but if it's 100K mile durable at 10,600 then with a lighter piston it 'should' be good at an honest 11,000 or slightly higher but going way higher is likely to let you see the insides of your motor from the outside.

I've been looking for another bike for a few years now and haven't found one that offers as nice a package as the SV1K...especially at an affordable price point. There are many bikes that are faster, but in the Real World this additional speed is nearly worthless. I ask a question to those that say 'it doesn't have enough power': 'How often is the amount of power you have determining how fast you are riding'? Unless you are on a very high speed road circuit, an honest answer would be 'almost never'. For the street...responsiveness, torque production at any revs and good handling are far more important to me than having 200 HP I can't use. And truth be told....those people with 200 HP pretty much never get it delivered anyhow because they have wheelie and traction control acting on a fly-by-wire throttle that barely opens most of the time regardless of how aggressively you crank on the handgrip. Again...not quite enough is better than way too much for me.

Machine out sleeve in stock cylinders.
Put in this liner 104mm 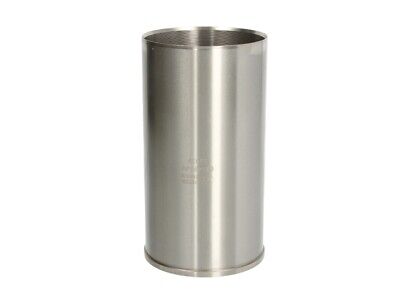 Problems: Seal between sleeve and cylinder and piston pin is 23mm not 22m on CP carrillo

jumjum said:
How is this for a crazy build!

Machine out sleeve in stock cylinders.
Put in this liner 104mm

Problems: Seal between sleeve and cylinder and piston pin is 23mm not 22m on CP carrillo
Click to expand...

Would those be custom ordered pistons? Stock crank?

You've built a few more of these engines than I had realized! What are the bikes typically being used for?

It was nice today after a brief snow fall yesterday, and I got another couple hours in on the JE's, so far so good. Do you have a favorite tuner for these motors on the west coast?

flooded said:
Would those be custom ordered pistons? Stock crank?

You've built a few more of these engines than I had realized! What are the bikes typically being used for?

It was nice today after a brief snow fall yesterday, and I got another couple hours in on the JE's, so far so good. Do you have a favorite tuner for these motors on the west coast?
Click to expand...

You can actually run a stock crank and rods. I just balance the complete assemblies, or go with Carrillo or Pauter rods and can lighten the crank up an additional amount.

Yes, the pistons were supplied by Arias.

There are a couple of these engines on the street and one build for drag racing.

Most all of the engines I build end up with Nels at 2wheeldynoworks. He is really good at what he does and has helped us win a bunch of races.